Matcha is basically green tea in the form of very fine powder with particles typically less than 20 microns in size. Matcha tea plants are grown in shade, at least for the last 20-30 days before harvesting. This increases the chlorophyll content in the leaves and they become rich and dense in colour and nutrients. The leaves are then plucked, immediately steamed, dried, and finely ground. This prevents the leaves from becoming dry, getting oxidised and losing nutrients. Matcha powder is mixed in water, milk or used as ingredient in desserts, shakes and cakes and consumed fully, unlike green tea which is steeped in water. Matcha has an earthy and umami taste which varies in intensity depending on the grade and quality.

Is Matcha a type of tea?

Yes, Matcha is basically tea. In fact, green tea. However, unlike other teas which are steeped and filtered and only the essence is consumed, Matcha is dissolved in liquid (typically milk or water) and consumed fully.

Is Matcha same as green tea?

At the basic level, Matcha and Green tea are the same. They are made from the same plant called camellia senensis. However, the similarities end here. There are significant differences in how Matcha is grown, harvested, manufactured and consumed, compared to green tea. These differences make Matcha powder a much more potent source antioxidants and other vitamins and minerals when compared to green tea. Read about the differences between Matcha and Green Tea, including health benefits.

Does Matcha have different varieties, just like other teas?

Matcha tea comes in a variety of grades. While the general method of growing and harvesting of various grades of Matcha is the same, the difference is manly in taste and intended use.

Ceremonial Matcha is the best grade of Matcha in which the young, supple leaves are harvested and veins and stems are meticulously removed before grinding into the fine powder. Hence Ceremonial Matcha has a subtle and earthy flavour intended to be consumed as hot tea. Ceremonial Matcha can be organic or Premium quality but non-organic.

Culinary Matcha is lower grade of Matcha but not necessarily “poor” grade or quality. In Culinary Matcha, stems and veins of leaves are not removed and hence the resulting powder has a more prominent and bitter flavour. Culinary Matcha is more suitable for use as ingredient in various recipes such as shakes, cakes, desserts, etc. where it is mixed with other condiments and used in larger quantities. That is not say the Culinary Matcha cannot be consumed as hot tea as well with a sweetener of choice. Culinary Matcha can also be organic or normal.

What makes some Matcha products better quality and more expensive than others?

There are several factors that determine the quality of Matcha and hence its price. Some of these are listed below:

Is there caffeine in Matcha?

Yes, Matcha has caffeine. In fact, about twice the amount of green tea and almost same as coffee. But Matcha is typically consumed in less quantity than coffee and green tea. Caffeine in Matcha is not known to produce jitters compared caffeine in coffee. This is because Matcha has a compound called L-theanine, which prevents sudden increase of cortisol levels, hence preventing a feeling of anxiety or tension. Drinking matcha gives a feeling of alertness and calmness at the same time and is supposed to be beneficial to mental health and degenerative diseases.

Matcha Latte is like coffee latte but with Matcha used instead of coffee. However, there are some differences in how Matcha Latte is prepared. You can prepare a sumptuous and satisfying Matcha Latte at home (preferably with Ceremonial Matcha).Check out a perfect Matcha Latte recipe at home.

What are the other ways to consume Matcha, as part of a healthy diet and lifestyle?

You can make Matcha part of your daily routine and experience noticeable mental and physical health benefits:

Are there any side effects of Matcha?

Everything in moderation is generally good rule of thumb and that applies to Matcha as well. Matcha is consumed in full and hence is more potent than green tea. Pure Matcha should be consumed in very small quantity (generally 2g or ½ teaspoon) once or twice a day. Matcha also contains caffeine and hence if you have issues with caffeine consumption, then try Matcha with caution. Pregnant and breastfeeding women should consult medical practitioner when starting on any new substance or diet. Refer to our blog on potential Side Effects of Matcha. 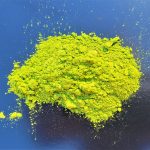 Comparison between Matcha and Green Tea 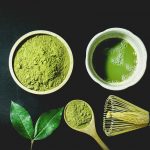 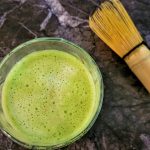 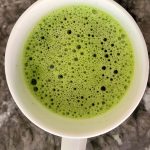 Potential Side Effects of Matcha